This month, we were extremely honored to spend some time with Noella Luka, a documentary filmmaker and mental health advocate based in Nairobi. Noella's director's debut is the film, What's Eating my Mind (WEMM) produced in collaboration with LBx Africa.

With WEMM, Noella turns the lens upon herself and her three friends as they struggle to navigate family relationships with an aim to unravel the stigma around mental health in Kenya.

Our conversation highlights Noella's journey as a first time Director, some of the lessons she has learnt and what some of her film inspirations are.

1.How do you feel this film is uniquely different?

What's Eating my Mind is a deeply personal story from an African and insider's perspective. It explores my journey as well as that of my friends Nick and Tabitha who are rising beyond stereotypes of mental illness to have their voices heard.

Why not? I started working on this story as a way to bring understanding to my family who I felt were deeply hurt, trying to figure out how best to help me through my diagnosis. My outlet is film so I channeled all the uncertainty, myths, misinformation into a journey of discovery and that's how the story was born.

3. What is the biggest lesson you have learned as a first-time director?

Life as we know it is what makes films authentic. This is a deeply personal story and embracing the extremely vulnerable moments can be hard. I can't count how many times my producer Sam Soko and mentor Catherine Olsen have told me, those too are part of my story.

In those moments it's also important to document what's happening, it may not make sense at the time but just film it. Whether you use it or not at least you have it. Embracing vulnerability has in many ways turned out to be therapeutic for me.

4. Is there a film/films that made you fall in love with filmmaking?

Growing up my brothers and I loved watching films on VHS tapes. I remember that because we would play the same movies over and over. I grew to love Sister Act starring Whoopi Goldberg. Jim Carrey's Ace Ventura and God's must be crazy from South Africa.

My fondest memory of film is my dad taking the family to watch Michael Jackson's Thriller, I was barely 10 but somehow remember part of that. To date, I love going to watch movies on my own preferably mid-week so that I can have the movie theatre all to myself.

For the longest time, I used to watch films for pleasure and still do. At some point, I was oddly drawn to horror/Thriller and science fiction movies. Anything J.J Abrams did was thrilling, my favorite was probably the series Fringe.  Now, Jordan Peele's films Get out and US featuring Lupita Nyong'o are films I enjoy.

Locally I've bought movie tickets for my friends and family as birthday gifts or as part of our hangouts to watch films such as Nairobi Half-Life, Subira, Supa Modo, and Softie.

Now that I'm working on a film as both a director and character I'm deeply inspired by Jennifer Brea's Unrest. It's raw and authentic and if I could achieve half of what she has on her film that'll be great.

I'm drawn to stories that challenge me and I'm open to learning along the way. It's the curiosity of wanting to figure something out that has inspired the short films I've done. My dad says my taste in stories is odd.

Some of the short stories I have worked on have largely been inspired by my love for nature. Filming vultures in Masaai Mara in a community that perceives them as ugly yet they are the clean-up crew in the ecosystem, waterbird counts and I've even grown to embrace bird-watching wherever I can.

The stories I'm drawn to do are geared towards telling our own African stories. For a long time, our stories have been told for us.  It's time for us to tell our stories. A journey that I'm deeply thankful for thanks to Generation Africa. 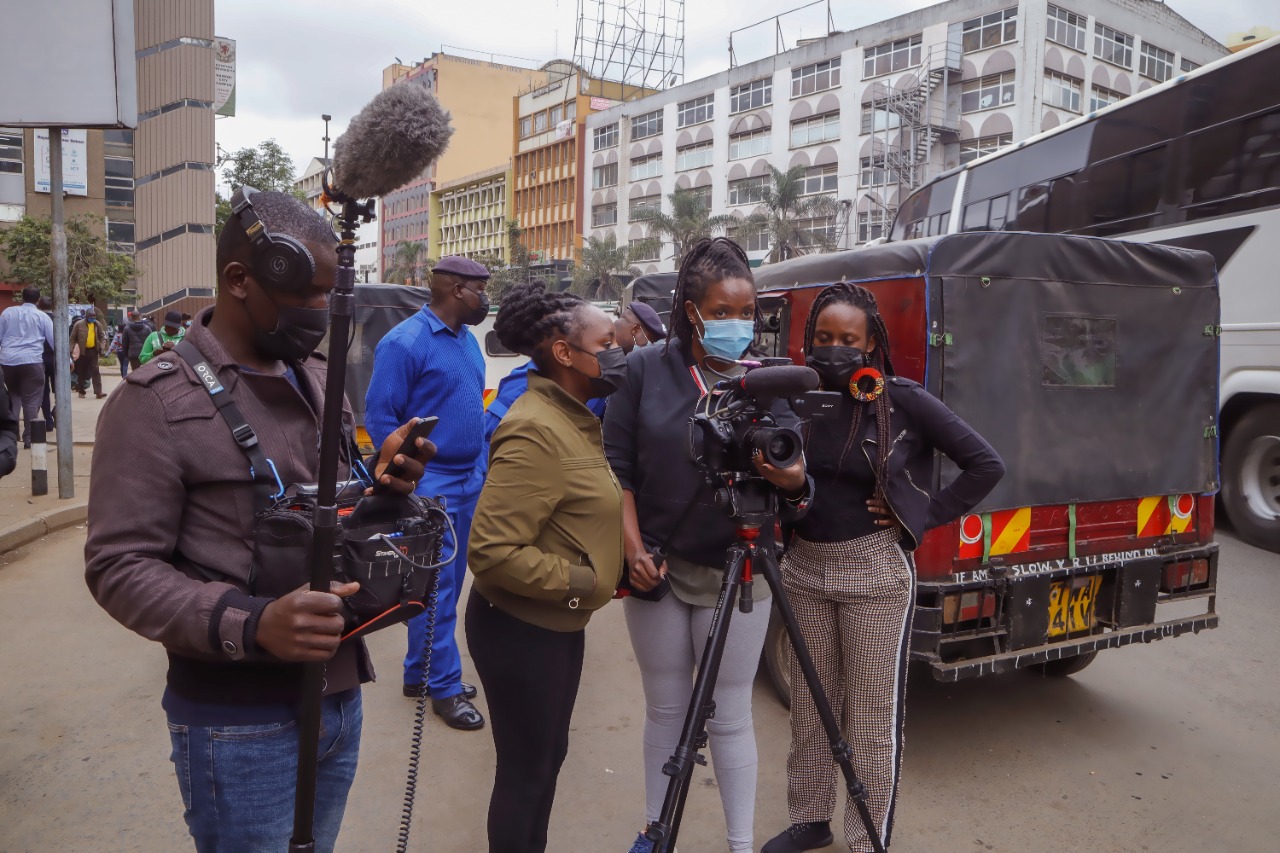