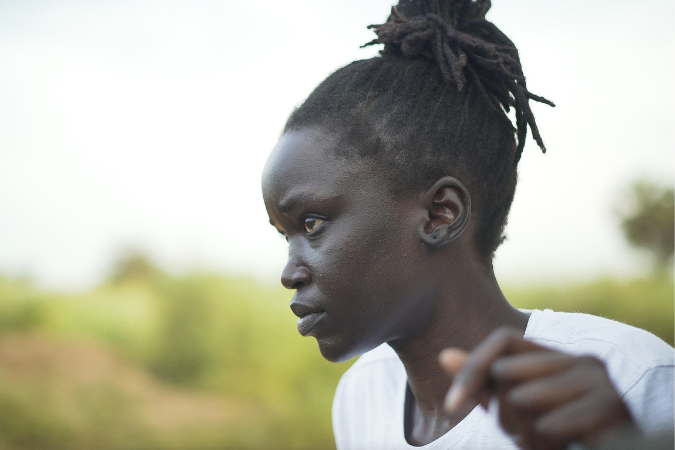 It’s no secret that one of our highlights in 2022 has been Director Akuol de Mabior’s debut feature No Simple Way Home. She started making the film with an intention of seeking her own identity as South Sudanese.

3 year’s later, the film is creating global waves from being the first South Sudanese film to premiere at multiple festivals including the Berlin International Film Festival and raising pertinent questions on migration and identity.

How do you feel after having your world premiere for No Simple Way Home?
The opportunity to screen our film at the Berlin International Film Festival in February was thrilling and humbling. There was so much goodwill around the film and the trip, and I was surrounded by family, friends and colleagues. I also met people in person for the first time who have been invaluable in their support for the project, like Jane Ray and Jane Mote from the Whickers and Isabelle Arate from IDFA Bertha. I couldn’t have dreamt of a better way to introduce the film to the world.

From the point you started making the film until now, what have you discovered about yourself? Are there things you’d do differently?
At the start of the process, I had big ambitions for the project but little clarity. I feel moving forward that, clarity should come before ambition. Also, as a documentary filmmaker, I’m committed to truth and actuality, which means that I have to be prepared to change directions if what unfolds in the making calls for it. What actually happens can change the shape of a story, and from this, I’ve discovered the value of letting go and that I don’t always need to be in control of everything. I think that this discovery is helping me to be a better storyteller.