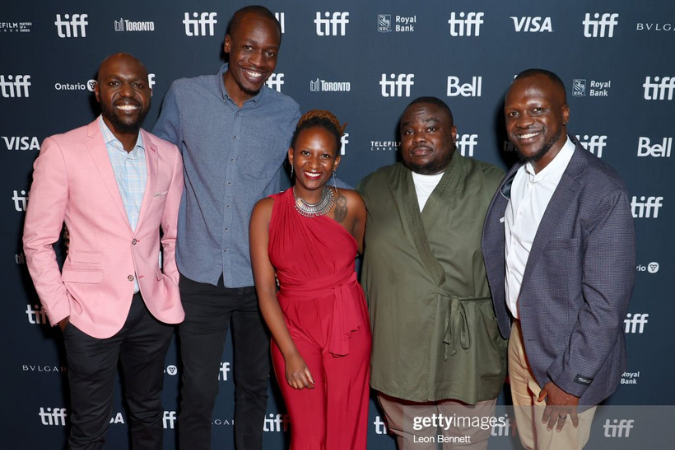 We did it!!! Together with our partners and collaborators; Insignia Films, Retro Report and News Slate Ventures for Free Money and Docubox, NYU Abu Dhabi, Same But Different, Seven Thirty Films for Baba, we have made history by having world premieres of both Baba and Free Money at the prestigious Toronto International Film Festival.

This is such a monumental milestone and it speaks to the value of great collaborations and working with awesome crew and talent to bring these films to life.

So many special moments and highlights made our experience memorable.

Both films were well received at the festival. We opened Baba and Free Money to sold-out theatres and it was exciting to see the conversations that both films generated.

We were also joined by celebrated journalist Larry Madowo who is an interesting character in Free Money and whose thoughts bring a fresh perspective to the story. 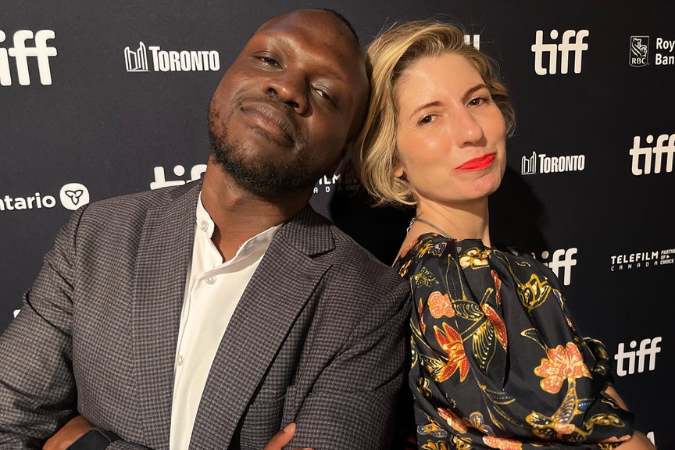 Free Money Director's Lauren DeFilippo and Sam Soko at TIFF
Free Money got so much interest from press, industry and raving reviews from top film critics;
INDIEWIRE / Robert Daniels
“Free Money” — with its dystopian mood — is a penetrating and absorbing siren of a movie that shouldn’t be ignored.’
DEADLINE / Matthew Carey
‘It’s a timely film because Universal Basic Income has become a topic of increasing discussion worldwide.’

AWARDS RADAR / Shane Slater
‘The filmmaking truly excels through its varied perspectives, each of them adding thought-provoking new angles to understanding the outcomes of the project.

FILM THREAT / Bradley Gibson
‘Free Money is an important documentary continuing a discussion of how best to globally distribute the wealth of nations. Mostly what we learn is that as long as anyone is in control of the wealth, there’s a corruptible power structure in place.’ 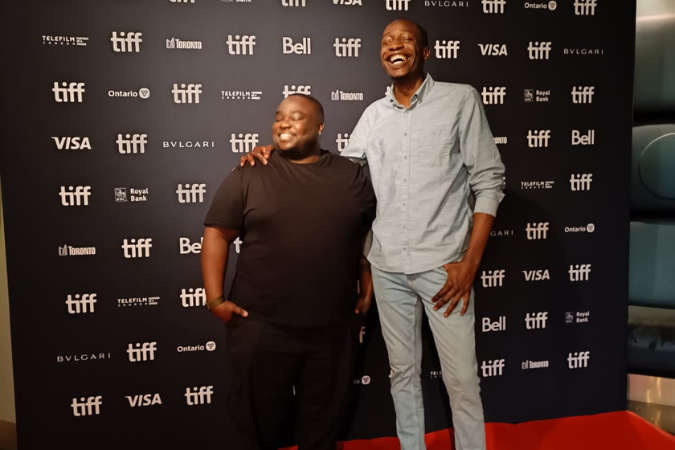 Baba Director Mbithi Masya and Producer Bramwel Iro at TIFF
Baba also got this very thoughtful and well considered review by Jared Mobarak who truly captures the essence of the film;

JARED MOBARAK
“BABA is a compelling look at a complex scenario dealing with familial abuse and how defence mechanisms embraced to survive it can sometimes continue its vicious cycle.” 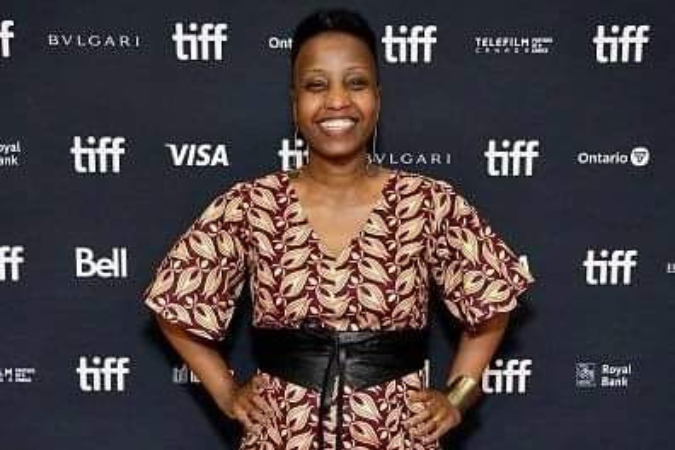 Shimoni Director, Angela Wamai at TIFF
Congratulations are also in order for the Kenyan film, Shimoni, Directed by Angela Wamai for a successful premiere. It was exciting having another familiar face at the festival.

Check out this Shimoni review by Black Girl Nerds for more perspective.

JEANNIE ABRAHAMS/BLACK GIRL NERDS
“Wamai’s background is in film editing, and her ability to tell the story through showing is magnificent. The editing in this film is flawless; coupled with beautiful cinematography, lighting, sound design, efficient dialogue, costume design, and a compelling score, Shimoni (The Pit) is storytelling at its best.”
Home Away From Home
Another highlight for us at TIFF was getting to pop champagne with the Kenyan High Commissioner to Canada, Immaculate Wambua and Honorary Consul, Mr. Sunir Chandaria.

The Kenyan High Commission in Canada put together a little soirée to celebrate the Kenyan filmmakers at the festival which made our experience extra special.

Special thanks to Mr Sunir Chandaria from the Kenyan High Commission in Canada, Afrolicious Restaurant and Slyd Photography for their amazing hospitality. 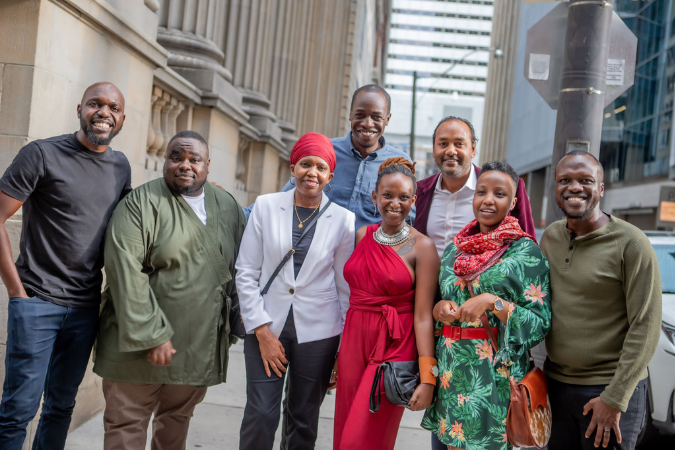 Moments with Kenyan High Commissioner to Canada, Immaculate Wambua, Honorary Consul, Mr. Sunir Chandaria, Larry Madowo, Mbithi Masya, Sam Soko, Bramwel Iro, Ivy Kiru, and Angela Wamai
The LBx Africa team in Kenya wasn’t left out either, the entire office got together to celebrate with some of the cast from Free Money who could not make it to the festival.

The LBx Africa team; Ruth Munyiri, Chloe Genga, Jotham Njoroge, Frank Ogeto and Lucky Mwachi joined by some of the cast from Free Money; Jael Achieng Songa, Immaculate Anyango and John Omondi during the eve of Free Money premiere
Thanks again to the entire team: cast and crew that came together to make both Baba and Free Money.

We can’t wait to share both films with our Kenyan folks! Look out for updates.