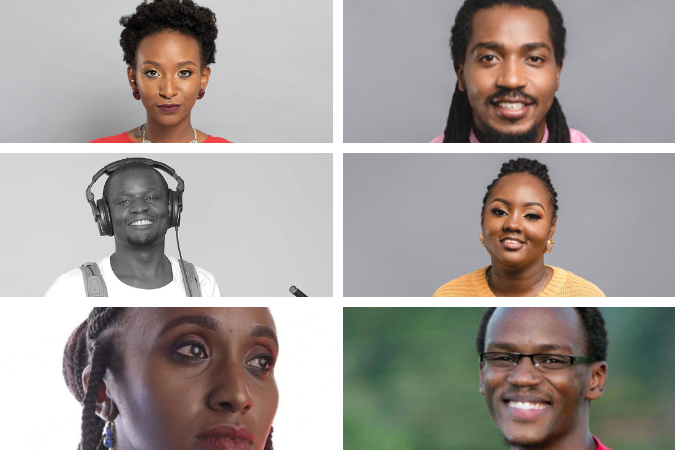 The red-carpet glamour, media attention, and fandom that filmmakers receive can sometimes hide the stressful realities of working in the film business. We rarely spotlight the job insecurity, burnout, multiple rejections, long hours away from family and friends, gender disparities in pay, distressing storylines, and other factors that can make the film industry a challenging place to work.

This mental health awareness month, we reached out to some of our partners and collaborators in the film industry to pick their brains on how the industry can better support mental health wellness for filmmakers.

There is a huge gap in our conversations in the film industry about mental health. There is shame attached to admitting that we are struggling with feelings of loneliness, isolation, depression, detachment, fear, and anxiety. And these are struggles that have been voiced in secret conversations with my peers and colleagues.

It is already such a hard industry to work in as most freelancers go long periods without employment which does take a toll on most of us. By the time you get work, you’re so grateful for the job, for the sense of purpose, for the money, that you feel pressured to keep quiet about any health issues that you might be struggling with both physically and mentally.

The industry is entrenched with practices and workplace culture that are fundamentally unhealthy for our minds, like long working hours for a fraction of the recognition or the money. It’s rare to find people who can strike a good work/life balance, as the demands of industry rarely allow for it.

Segregation between departments is common and provides the perfect breeding ground for bullying and harassment. Being in front of the camera and in the public gaze comes with added pressure on self-image, along with the possibility of having a private life becoming public. The drink and drug culture is another element that does not do us justice.

The first step to better support one another is to talk about it and advocate better working conditions. It would be nice to see institutional support for mental health, as well as productions putting in a budget line item for emotional support services.

The cast and crew need to be clear about who they can talk to about issues they may be facing and feel reassured that they will be met with compassion and support. When out of work, initiatives like a 24-hour helpline will prove invaluable.

We should also create a habit of de-rolling our actors. We take them to such dark places with their characters and even after a performance, we leave them with the character's energy which is very mentally unhealthy.

The film industry is generally a high-pressure environment. Production and post-production timelines are sometimes very tight, early mornings and late nights. The inadequate sleep or disruption of regular sleep patterns while still being expected to be in top shape and deliver during the day can at times take a toll on people’s mental health. For wellness, the film community should have a bit more accommodation for rest and recovery, which will enable the people to be less stressed and susceptible to mental health risks.

Also, a lot of people in the film environment, as is in any other creative field, struggle with the imposter syndrome. The silent battle that your skill is not good enough. New players in the industry are more likely to be more weighed down by this but experienced players still have their doubts every now and then. This silent and consistent battle can do a number on one’s mental health and self-esteem. This eventually leads a lot of new players to fall out of their journey early, while they just needed some encouragement or a bit of grace extended to them. The idea is for them not to be outrightly expected to be good but to be encouraged to be better.

In reality, Film is a craft, and like any other craft, it improves with time and practice. It’s therefore important to create an environment where everyone feels comfortable regardless of their level of craft. For experienced players, Imposter syndrome sets in when a film is released to the public, and it receives both love and criticism. Some critics, especially in today's world of social media, can be really harsh and hurtful, and being on the receiving end of this can be very heavy on one’s mental health. The film community can help by having a strong support system that commends and critiques each other’s works professionally and skillfully. This can help artists block out the noise and focus on productive criticism.

As an individual, you need to know what you can do for yourself and your team. It's important to step away and take some time for yourself to decompress, rejuvenate and refocus. The reality is you can't afford to take a few days away. We don't have structures for that. You show up or someone takes your place.

Creatives are a special bunch of people. We do have vivid thoughts & are always finding ways to tell stories. It would be nice for the industry to create structures that include safe spaces.  Spaces that normalize having mental health breaks, loving yourself, and taking care of yourself before you give yourself out to the world are important. Spaces that challenge the notion that if you have a mental illness it's a disadvantage especially when it puts filmmakers in a place where they cannot deliver...yet!

Mental health in the workplace is something that larger systems are not working in our favor. We also need a system where those you work with embracing your wellness needs. You need to figure a way to pace yourself & this is not just saying taking less work, sometimes changing your environment can do you good, having a support group & access to therapy is important

If the Kenyan film community should create a hub where filmmakers can just go & be...an affordable escape of sorts in a local destination that inspires creativity, relaxation & and calm.

This has always worked for me, and some of the filmmakers I know maybe it could be scaled or adopted by others as well. We have platforms for women in film, funding even training where we get a creative way in which to address mental wellness.

I have realized that Creatives don't talk about some things and have a culture of keeping quiet especially after a "Star" has fallen, when things go south everything changes. This is a very important topic we all need to talk about and make it a normal conversation amongst ourselves, given that there's no laid-down structure either from the Government or stakeholders to cushion us from any eventualities.

A large number of deaths from depression directly or indirectly either suicidal is because people have kept quiet about Mental health.

The filmmaking community can do more to appreciate the teams behind productions. After the film is done, most of the credit goes to the Director while the rest of the team; Producers, Editors, Sound Mixers, and everyone else involved in the process do not get enough recognition.

From the context of editing, you can work on footage multiple times for long periods of time and this can at times take a toll on the editing process. However, the repetitive nature of the job has helped me build my patience and resilience and this has been the reward for me mentally. I believe in trusting the process so that we can create something worth watching.

Creating opportunities where filmmakers can have safe conversations outside their work and advocacy spaces that would champion for the holistic support of filmmakers.