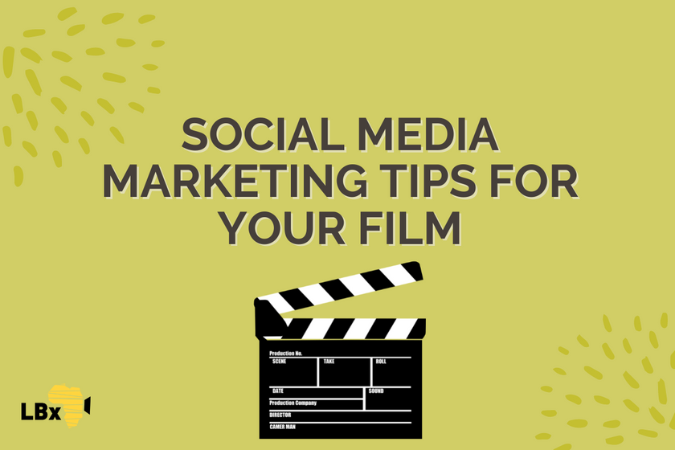 As a fellow filmmaker, we’re sure you can relate to the relief and feelings of accomplishment after editing and post-production is done. There’s nothing better than seeing months/years of your work from development to post-production finally come together and you can’t wait for every single person to watch it.

However, distribution and marketing can be quite stressful. Getting people to know about your film, buy tickets to watch in cinemas or stream is not always easy. One strategy that has worked for us is social media marketing for our films.

That’s why we thought to share some practical ideas of social media tips that we have been using and what we have learned along the way:

Start with a plan: Having a plan for us means tracking the production timeline with our social media plan so we can collect all assets we may need to use for marketing. We also track important milestones for the film such as unveiling of the poster, release of official trailer, and festivals. Our social media plan is usually divided into 3 parts: pre-production, production, and post-production based on production timelines and to ensure continuity with the posts. Creating specific film pages for each film has helped to brand each film by letting the film have its’ own persona and share its’ message independent from the production company pages.

Ensure you take enough stills and BTS content during production: Once you have a social media plan even before production begins, you can strategically collect all the assets you will need during the distribution phase including film stills, BTS content, and crew photos. These always come in handy when you’re in active marketing and distribution.

Make use of other channels: IMDB, website: Boost your social media presence by making use of other digital platforms such as creating an IMDB profile for your film, creating a website on a fairly simple CMS platform like Wix/WordPress, or having a link to the film page on your production company platform. We always ensure that each film, even the ones in development have a page on the LBx website. (Example: https://lbxafrica.com/film/baba). This also helps a lot with your film being available on search engines such as Google for the people who don’t follow you yet on social media but are interested in learning more about the film.

Keep track of loyal supporters - A film's audience is built from the moment you start development. Once you set up your social media pages, being consistent in engaging those who are loyal is important. Keep your communication channels open and show love to everyone who supports your film on social media.

User-Generated Content – In line with keeping track of loyal supporters, there’s no better impact than having people talk about your film. You can repurpose tweets/reviews about your film from the audience and share them on your pages while acknowledging the fans. It’s a great way to build a community around your film.

Ticket giveaways – One way to create anticipation for your cinema run is to run a ticket giveaway contest on social media. It could be as simple as asking people to share why they would like to watch the film and you can choose who to give away the tickets to. It’s also an awesome way to engage your audience.

Engage PR for press: Besides social media and using digital platforms like IMDB, engaging a PR person who can get your film in the dailies, organize radio and TV interviews is important because it helps to reach people not on social media.

We hope there are a few tips that may be of help with the marketing strategy of your next film.